Copenhagen city centre surrounds Stroget Avenue, which is born in City Hall Square or Radhus Pladsen and it runs along 1 and a half Km before arriving to the Royal Square or Kongens Nytorv. Each sector in Stroget Avenue has a different name; the first two as we get away from the Royal Square, Ostergade and Amagertorv, are consumerism paradises, with all kinds of stores. Nytorv and Gammeltorv, the next two, form an esplanade than links what was one two squares. 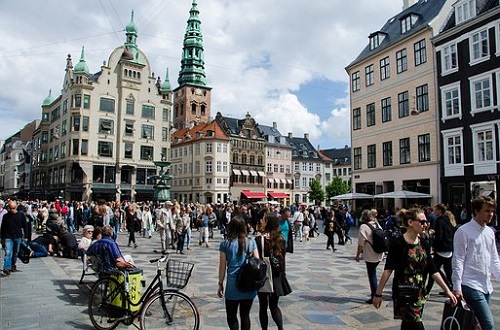 Helligandskirken, is the oldest temple in the city, it was rebuilt in a neoclassical style after a fire in the 17th century.

It's a good idea to hire a car in Copenhagen and tour the surroundings, but don't forget to walk along the most important avenue in Copenhagen.