The Accademia di Belle Arti in Florence, Italy was the first academy of drawing in Europe and their art Gallery houses an impressive collection, including the original David by Michelangelo. Plan a visit to the Academy's amazing collection with the freedom of your own Florence car hire.

The sculpture David was originally brought to the Accademia for its preservation, from its previous outdoor location on Piazza della Signoria. The idea was to create a 'Michelangelo museum', including his original sculptures and drawings to celebrate the four-hundredth anniversary of the artist's birth. Although the gallery evolved to include much more, its Michelangelo collection includes his four unfinished Prisoners, and a statue of Saint Matthew, also unfinished. 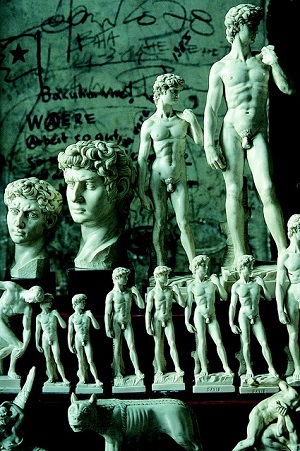 Other notable renaissance works on display at the Accademia Gallery include an impressive collection of 15th and 16th century Florentine paintings by Paolo Uccello, Domenico Ghirlandaio, Sandro Botticelli and Andrea del Sarto. Reserve a Florence rental car to take in the wonder and beauty of this unique collection.

The gallery also houses pieces from the High Renaissance, such as Giambologna's original plaster for the Rape of the Sabine Women. Other collections include Florentine Gothic paintings and a collection of Russian icons assembled by the Grand Dukes of the house of Lorraine.